We are pleased to announce the Medstead and Four Marks Neighbourhood Plan was accepted by our community at Referendum on 5th May 2016 by 2001 votes for and 140 against with 7 spoiled papers.

Details of the referendum will also be published on the East Hampshire District Council website.

Seven candidates stood for election as Parish Councillors to contest the nine seats on Medstead Parish Council on 2nd May 2019. All candidates were elected uncontested by the Returning Officer.

With two councillor vacancies remaining on Medstead Parish Council following the local election, three applications had been received from Mr Charles Clark, Mr Andrew Jackson and Mr Gordon Mitchell. A short presentation by each candidate was heard by Council at the Annual Meeting of Medstead Parish Council held in the Village Hall on Wednesday 8th May 2019.

Council considered the applications further and then undertook a secret ballot with up to two selections being made by each councillor.

The Clerk was asked to read the result of the ballot and it was agreed that Messrs. Charles Clark & Andrew Jackson be appointed as co-opted councillors. Both were asked to sign the Declaration of Acceptance and the Disclosure of Pecuniary Interest Forms and then took their place at the Council table.

Countryside conservation charity, CPRE (the Campaign to Protect Rural England) runs the awards to celebrate a beautiful and living countryside that everyone can value and enjoy. During the awards ceremony held at Itchen Abbas and Avington Village Hall, this year’s awards judges were united in how difficult the task had been to decide on the winners from a unique group of entries from across Hampshire.

Gemma Lacey from The Southern Co-operative said: “The community commitment to this project was outstanding. It has rallied together to raise funds and undertake the work required to transform a disused pond into a wildlife pond, turning a 15-year community idea into a reality.

The village pond provides a truly special place that can now be enjoyed by the local community and provides an educational opportunity for school children, with a pond dipping platform and wildlife information boards.  This project really showed the power of collective action at a community level and what can be achieved as a result. It is also a great showcase for Neighbourhood Plans in action.” 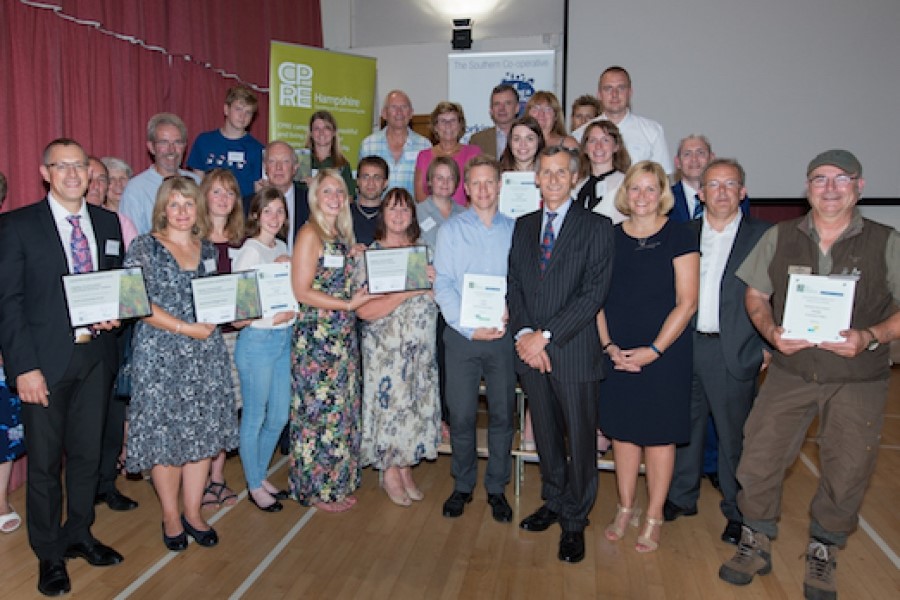